Speaking after a total laryngectomy

Speaking after a total laryngectomy.

Voice is an important part of your identity.  It is how you express your thoughts, feelings, and ideas.  A total laryngectomy will change how you speak, but not what you want to express. Most people can regain their voice but in different ways.

Before your total laryngectomy, your voice is produced by vocal cords that located in your larynx/voice box.  Your vocal cords generate sound so you can speak.  When you breathe out, air passes through the vocal cords making them vibrate to produce sound.  The sound moves into your mouth and is shaped into speech with your lips, teeth, and tongue.

Ways to communicate after surgery

A total laryngectomy is removal of the larynx/voice box which includes the vocal cords.  After surgery, your medical team will try to find a way to replace the sound source.  Thankfully, there are several ways to do this.  There are three main options for replacing the sound source.

Tracheoesophageal speech using a voice prosthesis and esophageal speech uses the upper part of your esophagus/food tube to produce sound for speech.  The Electronic Larynx is a device that electronically produces sound.  You and your medical team will determine which method(s) is best for you.  The method you choose will sound different than before surgery.  However, most speak without much effort after undergoing training and with practice.

Most learn to use an electrolarynx/artificial larynx right after surgery in the hospital.  It is an electronic device that produces sound that can be shaped into speech.  The sound goes into your mouth either by placing the device up to your neck or cheek or by putting a small straw into your mouth.  Once the sound is in your mouth, you then move your lips, teeth, and tongue to shape that sound into speech to communicate.  Some use this as their main way of speaking and others use it as a back-up device or to be heard in a noisy environment.    It may take some time for others to understand you.  However, with practice and training from your clinician, most can be understood.

Many people have trouble swallowing prior to having a total laryngectomy as the larynx/voice box is important in preventing food/liquid from entering your airway.  Many times, the tumor and/or other treatment side effects may change the function of the larynx/voice box and one chokes when eating or drinking.  After your laryngectomy, your airway is separate from your esophagus/food tube. As a result, you will no longer breathe through your nose and mouth, and you cannot choke while eating or drinking.  You will only breathe through a small opening at the base of your neck called your stoma.  Your stoma directly communicates with your lungs, and it is important to keep it covered.  You will cover your stoma with a heat and moisture exchanger (HME) 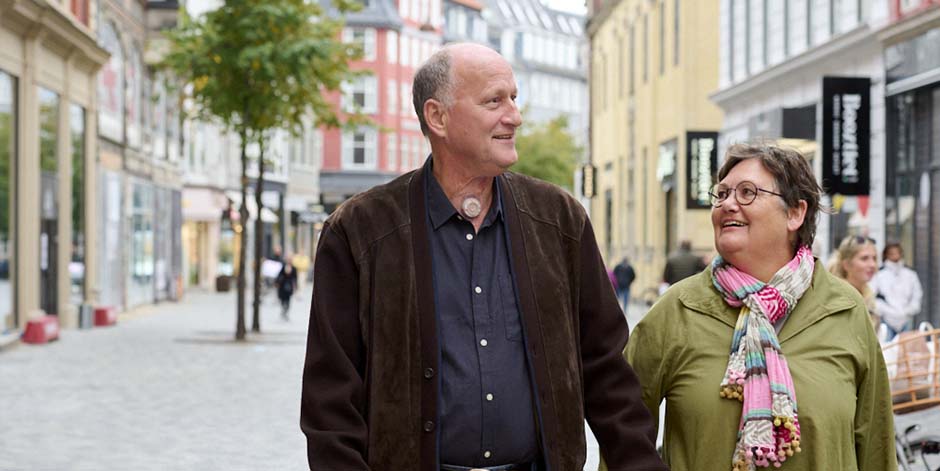 Support for All Supporters
Standing beside a loved one diagnosed with cancer is challenging...
Read more
Quick read 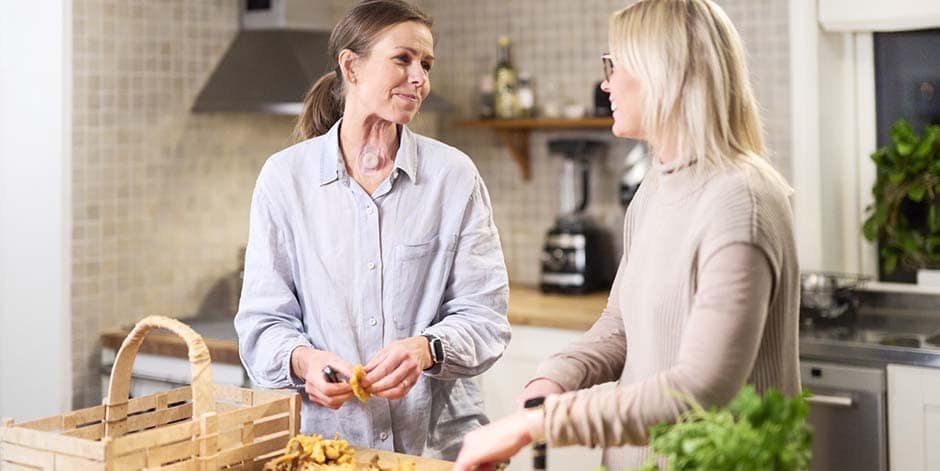 Support for the Supporters
What is laryngectomy?  A total laryngectomy is the complete...
Read more