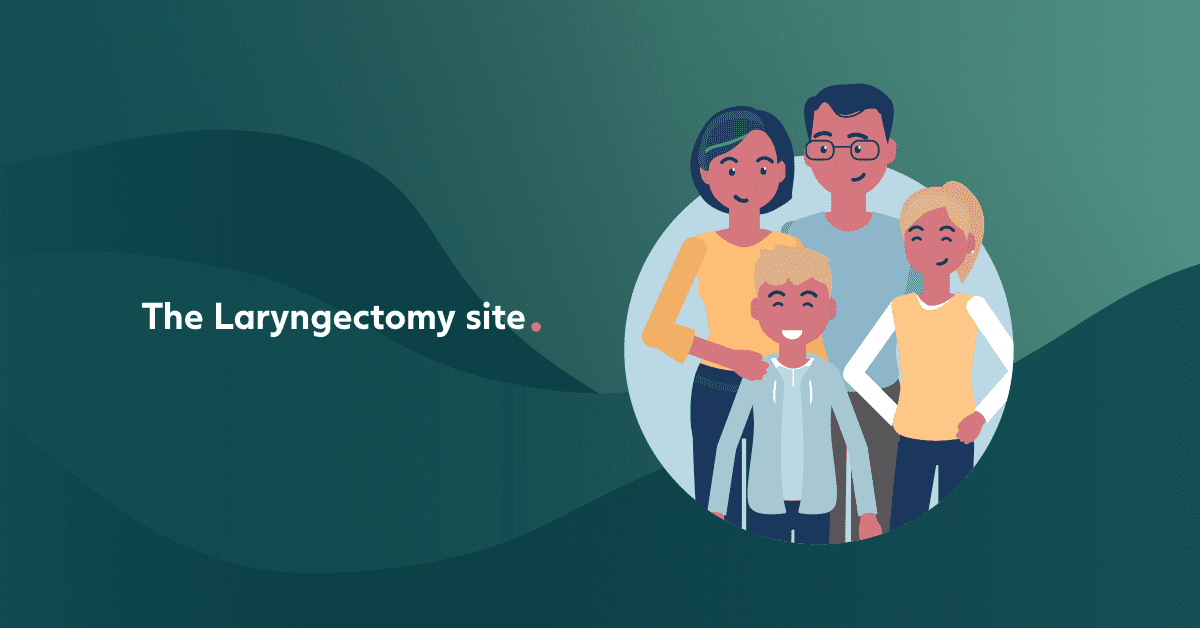 Thank you for visiting the Laryngectomy site.

Preparing for and having total laryngectomy surgery is a life-changing moment. That is why we aim to provide better and easy access to reliable information through this website, to improve the user experience of patients having undergone or about to undergo a total laryngectomy.

We are confident that by using this site, total laryngectomy patients and their families and friends can find hope, inspiration, support, and information that will address their needs and make this challenging time easier and more manageable.

We hope your experience using this site answers any questions you may have and provides you with inspiration in the days ahead.

Atos Medical develops and sells medical devices that improve quality of life for people living with a neck stoma in over 90 countries.

The company was founded in 1986 in southern Sweden by brothers Gert and Jan-Ove Persson. In cooperation with the Netherlands Cancer Institute, their Research & Development team launched the first Provox voice prosthesis in 1990 with the aim of improving voice rehabilitation after a total laryngectomy.

Today, Atos Medical has a world- leading position in laryngectomy care and is a full- range global player in tracheostomy care. Atos Medical is a part of Coloplast A/S.

About Atos Medical Advisory Board

The role of the Advisory Board is not to make decisions, but rather to provide current knowledge, critical thinking, and analysis to increase the confidence of the information shared on “The Laryngectomy site.” The Advisory Board offers best practice principles and provides access to expertise and/or instrumental connections.

Members of the Atos Medical Advisory Board

The following are the members of the Atos Medical Advisory Board: 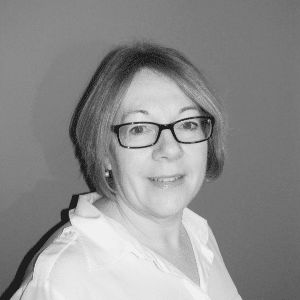 Katherine Behenna has over 20 years of experience in the field of Head and Neck Cancer (HNC) as a Specialist Speech and Language Therapist (SLT) in the UK. Her clinical practice encompasses all aspects of voice, speech and swallowing assessment and rehabilitation, and she is a passionate advocate for HNC patients at regional and national level. Most recently, she has been part of the expert panel of UK SLT clinicians considering data from the UK Covid-19 Laryngectomy Audit, and is a co-author of the RCSLT Clinical Guidance for the management of Laryngectomy patients in the context of Covid-19, and the RCSLT Covid-19 Rehabilitation Pathway.

Katherine Behenna is an active member of the SLT HNC Clinical Excellence Network, organizing regular national SLT education and training meetings in the UK. Her specialist interests include functional outcomes in speech and swallowing after HNC treatment and applications of new technologies for HNC rehabilitation. 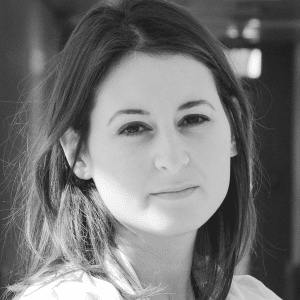 Dr Benmoussa-Rebibo is a surgeon in otorhinolaryngology and Head and Neck Surgery, reconstructive surgery in the Department of Head and Neck Cancer at Gustave Roussy Institut in Paris. She is also specialized in paleopathology of the head and neck (Laboratory of Anthropology, Archéology and Biology (LAAB), University of Paris-Saclay (UVSQ) & Quai Branly Museum Jacques Chirac).

Doctor of Science (PhD) from the University of Versailles Saint Quentin en Yvelines, Nadia Benmoussa-Rebibo holds university diplomas in: cervico-facial carcinology, micro-surgery, head and neck anatomy, Plastic surgery of the face, Injection and fillers techniques and in osteo-archaeological and forensic techniques. She is a member of the French Group for the Study of Head and Neck Tumors (GETTEC), the Head and Neck Radiotherapy Oncology Group (GORTEC), the French Society for Cervico-Facial Carcinology (SFCCF) and the French Society for the History of Medicine. Dr Benmoussa-Rebibo iauthored and co-authored of around forty publications focused predominantly on head and neck reconstructive and oncologic surgery and paleopathology. Since 2019, she has been the scientific coordinator of the annual international course Global Post-Laryngectomy Rehabilitation Academy (GPRA) Program in Paris. 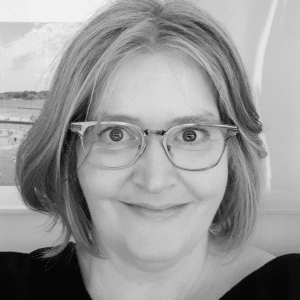 Martine Dekkers is a specialist Head and Neck Oncology Nurse at the Department of Head and Neck Surgical Oncology at the Antoni van Leeuwenhoek Hospital/Netherlands Cancer Institute in Amsterdam. She has been a registered oncology nurse since 2001. She is committed to ensuring that Head and Neck oncology patients get the best possible pre- and postoperative care, and she is actively involved in the development of nursing care pathways and protocols on the ward.

Martine Dekkers has contributed as a speaker to the Global Post Laryngectomy Rehabilitation Academy in Amsterdam and GPR webinars on post laryngectomy care.

Besides being a nurse, she is also a teacher, putting this to good use by giving colleagues training on the job.

Mario Fernández has authored and co-authored over 30 scientific publications, and he is one of the hosts and speakers at the Global Post Laryngectomy Rehabilitation Course in Barcelona, Spain. 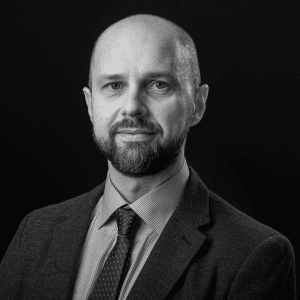 Dr Antoniu Gostian graduated from the University of Cologne and completed his residency from 2005 to 2010 in the Ear, Nose and Throat (ENT) Clinic of the Lukaskrankenhaus, Städtische Klinik Neuss, where he was trained in the field of microvascular reconstruction after extensive tumor surgery. He continued his expertise at the ENT clinic at the University of Cologne where he acquired the additional designations ”Plastic Surgery” and “Medicinal Tumor Therapy”.

His surgical expertise led to the management of the consultation hour for plastic and reconstructive surgery. He also managed the Cologne Laryngeal Course and collaboratively established the interdisciplinary Skull Base Course with the Department of Neurosurgery.

In 2017, he moved to the University Hospital Erlangen (Director Prof. Dr. Dr. h.c. H. Iro) as a senior physician. There as coordinator of Germany’s largest head and neck tumor center, he is responsible for the oncological care of patients in every respect, with special emphasis on surgical reconstruction of the head and neck and immunotherapy of head and neck tumors. He has published more than 60 publications focusing predominantly on head and neck oncology. 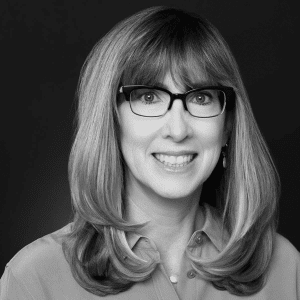 Ann Kearney, CScD, SLP, BCS-S has a clinical Doctorate of Science in Speech Pathology and she received her Master’s degree in Speech Pathology from the University of Iowa. She was the Director of the Speech Pathology Department at San Francisco General Hospital, an affiliate of UCSF. It was during this time that she became interested in post laryngectomy speech rehabilitation and trained with Mark Singer, MD. From there, she moved to Boston and spent time at the Brigham and Women’s Hospital (BWH), a training hospital for Harvard Medical School where she was a member of the Voice and Swallowing department and worked with Kitty Verdolini, PhD and Marvin Freed, MD.

Ann Kearney has been with the Department of Otolaryngology-Head and Neck Surgery at Stanford University since 2003.. She has presented at numerous national meetings. Her interests include post laryngectomy rehabilitation, voice therapy in the professional voice user, swallowing disorders, exercise induced paradoxical vocal fold movement disorder (EI-PVFM), chronic cough, and obstructive sleep apnea. 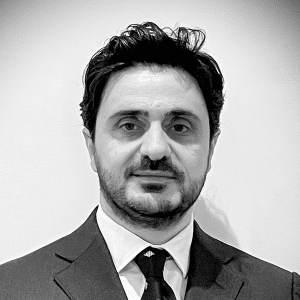 Dr Claudio Parrilla, MD, PhD is a Head and Neck Surgeon at the Catholic University of the Sacred Heart and Gemelli Hospital in Rome, Tertial referral center for Head and Neck cancer in Rome, Italy. Dr Claudio Parilla graduated at Catholic university of Sacred Heart in Rome and completed his residency at Gemelli Hospital with partnership at CHU in Nantes, France. He completed his PhD at Catholic University of Sacred Heart, in Rome, focused on “Ex vivo gene Therapy for mandibular bone regeneration” as well as a post-doc Fellowship at Medizinesche Hochschule Hannover.

He has among more than 60 Publications focused predominantly on Head and Neck cancer and has published in the field of Voice Prosthesis Rehabilitation in Laryngectomized patients.

Background on the Atos Medical Advisory Board

For advice on direction and content creation for a total laryngectomy pre-surgery website, members of the Atos Medical Advisory Board were presented with a project summary in June 2021.

The pre-surgery website structure is based upon the patient’s experience along the various phases before and after a total laryngectomy. At the site, they can navigate easily and find relevant information for any stage of their pre-and post-surgery journey. Equally important is to share information with family and friends.

Some of the comments from the board included:

“I think it is important to separate all the aspects to help them [patients] navigate through all the information. So, we can talk to them about topics such as their emotional journey, their different needs, and how they are going to learn a new way to speak.”

“I think it is important to give them the information that they can have a social life, that they can be rehabilitated and feel good about their self-image after a total laryngectomy.”

“Patients have specific concerns, and they can be referred to those parts of the website that are important to them.”

“I think it is important to think about the patient’s worries because the patient wants to know what is going to happen to them in every aspect of their life. Such information is not available right now, but it should be. For sure, they will feel better if they understand that the decision of undergoing a total laryngectomy is the best decision to deal with the cancer.”